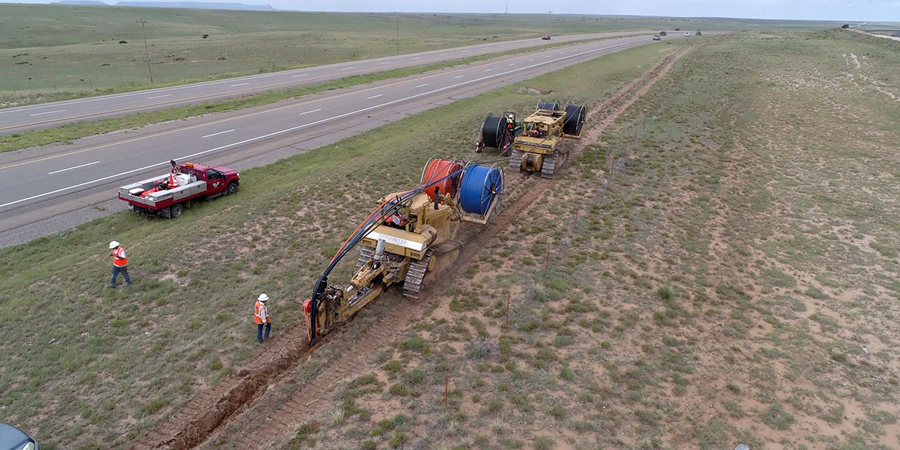 The Fiber Broadband Association (FBA) released a new white paper, titled “Fiber Broadband can Eliminate the North American Rural Digital Divide.” The paper reveals that investment in fiber-optic infrastructure is the best sustainable solution to meet the rising demand for high-speed internet access in rural regions of the U.S. and Canada and can prevent them from falling behind in today’s competitive digital landscape.

"Some assume second-tier broadband, with lower speed, lower reliability and higher latency, will suffice for the more rural areas of North America. Our market research, and the experiences highlighted in 2020, disqualify such thinking,” said Michael Render, President at RVA LLC, a firm specializing in broadband research. “Accompanied by population shifts to rural areas, rural citizens now need and demand the highest quality broadband available - which fiber quantifiably delivers best. An accelerated rollout seems crucial to the future of the U.S. and Canada.”

Research commissioned by the FBA and presented in the white paper indicates that in 2021, a household of four requires 131/73 Mbps of bandwidth and will grow to 2,141/2,044 Mbps by 2030. This makes today’s definition of broadband speeds unusable, as the FCC currently defines broadband as a mere 25/3 Mbps for Americans and 50/10 Mbps for Canadians. These antiquated definitions of broadband affect the rural populations of North America the most. FBA’s research found that 62% of the most rural areas have the lowest performing broadband with speeds for the lowest quantile at 4/1 Mbps.

To eliminate the rural digital divide, the white paper suggests attention and investment should be placed on the most effective rural broadband infrastructure. The research presents that, without exception, there is no communications medium nearly as effective or future proof as fiber optics. Fiber’s transmission capacity can be increased almost infinitely as needed to supply any level of bandwidth. Fiber is immune to electrical interference and requires fewer powered nodes, enabling it to serve as the most consistent and reliable technology option. Additionally, the cost to operate a fiber-to-the-home system is lower than other broadband methods.

“The investment in fiber networks in rural areas to close the digital divide has never been more important. Not only does fiber provide the necessary infrastructure needed for communities to work, learn, shop and play from home, it has the added benefit of creating jobs and fueling the economy in these rural parts of North America,” said Deborah Kish, Vice President of Research and Marketing at the Fiber Broadband Association. “As the federal government makes plans to spend billions of dollars towards America’s digital infrastructure, deploying fiber proves to be the soundest and cost-effective investment.”