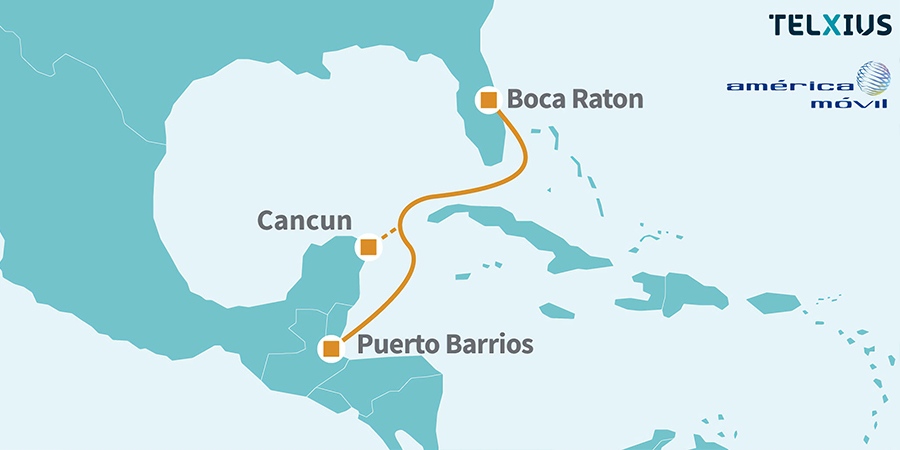 América Móvil and Telxius have announced the construction of a new submarine cable system to connect Boca Raton in the US and Puerto Barrios in Guatemala.

The system, which will bear two names, AMX-3 for América Móvil and Tikal for Telxius, will have an estimated initial capacity of 190Tbps and will be ready to start operating in 2025.

The new system will improve connectivity in the Guatemalan market and help support the requirements of the new generation of mobile technology after 5G services were launched in the country, first by Tigo and then by Claro.

Guatemala is the first country in Central America to have 5G mobile technology.

The submarine cable supply contract is already in force with ASN and includes options to increase capacity and include new destinations.

The companies are also assessing an additional landing site in Cancún, Mexico. The Mexican city is becoming an epicenter for new subsea developments in the Central American and Caribbean region with the arrival of the Aurora, GigNet-1, Caribbean Express and Gold Data cables.

With the new cable, América Móvil will have a submarine network extending more than 197,000km, while Telxius will have 82,000km.