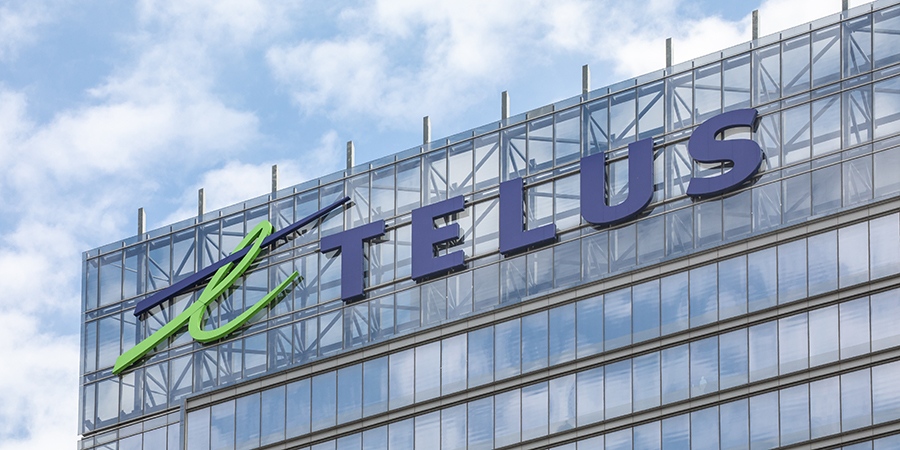 TELUS’s robust Q3 2022 performance reflects the chemistry of its globally leading broadband networks and customer-centric culture, which have enabled its strongest quarter on record, with total customer net additions of 347,000, up more than 8% year-on-year. This included strong mobile phone net additions of 150,000, up 11% over last year and the best quarterly result since the third quarter of 2010; record-high net connected device additions of 124,000; and an industry-leading total fixed net additions of 73,000.

Moreover, the Canadian-based telco’s internet connections grew by 6.3% over the last twelve months to 2.4 million customer connections, with its security customer base expanding by 23% to 950,000 customers and an increased TV subscriber base to more than 1.3 million customers (5% YoY growth).

"In the third quarter, the TELUS team once again demonstrated continued execution excellence, characterized by the potent combination of industry-leading customer growth resulting in strong operational and financial results across our business," said Darren Entwistle, president and CEO.

Financially speaking, TELUS’s consolidated operating revenues and other income increased by 10% over the same period a year ago to C$4.7 billion. This growth was driven by higher service revenues in its two reportable segments: TELUS technology solutions (TTech) and digitally-led customer experiences – TELUS International (DLCX).

Zooming in, TELUS’s mobile network revenues increased by C$108 million, or 6.8%, in the third quarter of 2022, due to an increase in the mobile phone and connected device subscriber base over the past twelve months, in addition to roaming improvements.

In terms of fixed products and services, fixed data services revenues increased by C$56 million, or 5.4%, in the third quarter of 2022. Fixed equipment and other service revenues also increased by C$24 million, reflecting higher sales volumes and lower discounts on business and consumer premises equipment, along with higher revenue from other services.

In addition, for the third quarter, TELUS’s net income of C$551 million increased by 54% over the same period last year, and the consolidated EBITDA increased by 10% to over C$1.6 billion.

Doug French, executive vice president and CFO, added, “Our third quarter results build on our strong operating momentum, reflecting a continuation of our execution excellence and supported by our high growth and diversified asset mix. As we progress through the final quarter of the year and into 2023, our team remains highly confident of our growth trajectory and long-term strategic plan to further advance our leading growth profile.”

Regarding TELUS Health, revenues increased by C$95 million, or 73%, in the third quarter of 2022. During this period, virtual care members were at 4 million, up 74% over last year, while healthcare lives coverage of 60.4 million increased by 41.1 million over the past twelve months, primarily due to the inclusion of approximately 37 million lives covered by LifeWorks’ recent acquisition.