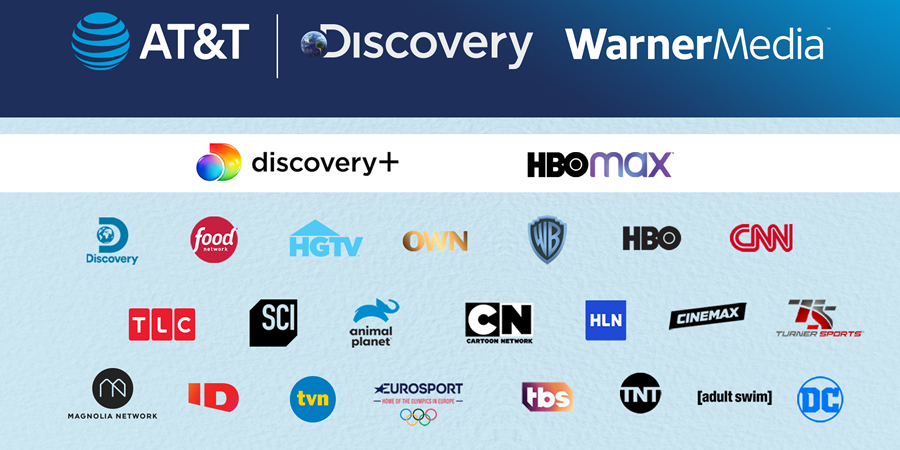 Under the terms of the agreement, which is structured as an all-stock, Reverse Morris Trust transaction, AT&T would receive $43 billion (subject to adjustment) in a combination of cash, debt securities, and Warner Media’s retention of certain debt, and AT&T’s shareholders would receive stock representing 71% of the new company; Discovery shareholders would own 29% of the new company. The Boards of Directors of both AT&T and Discovery have approved the transaction.

Warner Media will be spun or split off to AT&T’s shareholders via dividend or through an exchange offer or a combination of both and simultaneously combined with Discovery. The transaction is expected to be tax-free to AT&T and AT&T’s shareholders.

John Stankey, CEO of AT&T, said: “This agreement unites two entertainment leaders with complementary content strengths and positions the new company to be one of the leading global direct-to-consumer streaming platforms. It will support the fantastic growth and international launch of HBO Max with Discovery’s global footprint and create efficiencies that can be reinvested in producing more great content to give consumers what they want.”

AT&T is a huge broadband and mobile provider that has gone astray in the past. In the summer of 2015, telecom giant AT&T closed its acquisition of satellite powerhouse DirecTV, touting its new role as “the largest pay TV provider” in the world. Price tag: $67 billion, including debt. AT&T ended that year with 25.4 million U.S. pay TV subscribers.

Fast-forward to this Feb. 25, when AT&T sold a 30 percent stake in DirecTV and its other video services, U-Verse and AT&T TV, to private equity firm TPG Capital. The deal valued the new entity, known as DirecTV, at $16.25 billion, “down considerably,” as Moody’s analyst Neil Begley noted — 76 percent to be precise. This is a whopping 50.75-billion-dollar loss!

AT&T, really, is just unwinding the Warner Media deal just three years after they announced a big bet on content. This deal is the genesis of AT&T wanting to focus their business and their capital on being a communication service provider. They have finally realized that there is a big difference in being in the media business vs being in the distribution/network business.

The move is a significant U-turn for AT&T, which first struck a deal to acquire Warner Media (then known as Time Warner) in October 2016 for $85.4 billion. This deal alone represents a 42.4-billion-dollar loss.

A new player for global streaming

The new proposed company to be led by Discovery President and CEO David Zaslav will compete globally in the fast-growing direct-to-consumer (DTC) business. Viewers can gain access to a combination of Warner Media’s storied content library of popular and valuable IP with Discovery’s global footprint, a trove of local-specific content and deep regional expertise across more than 200 countries.

By and large, the new company will be able to invest in more original content for its streaming services. Not to mention enhancing the programming options across its global broadcast channels and offering more innovative video experiences to consumers around the world.

Commenting about the recent merger, David said: “It is super exciting to combine such historic brands, world-class journalism, and iconic franchises under one roof and unlock so much value and opportunity.  With a library of cherished IP, dynamite management teams, and global expertise in every market in the world, we believe everyone wins...consumers with more diverse choices, talent and storytellers with more resources and compelling pathways to larger audiences, and shareholders with a globally scaled growth company committed to a strong balance sheet that is better positioned to compete with the world’s largest streamers.”

The newly augmented company will own one of the largest content libraries in the world, with nearly 200,000 hours of iconic programming under its wing. Under one global portfolio, over 100 of the most cherished, popular, and trusted brands in the world such as HBO, Warner Bros., Discovery, DC Comics, CNN, Cartoon Network, HGTV, Food Network, Magnolia, TLC, and Animal Planet can be accessed.

The transaction is anticipated to close in mid-2022 upon finalizing approvals and customary closing conditions.