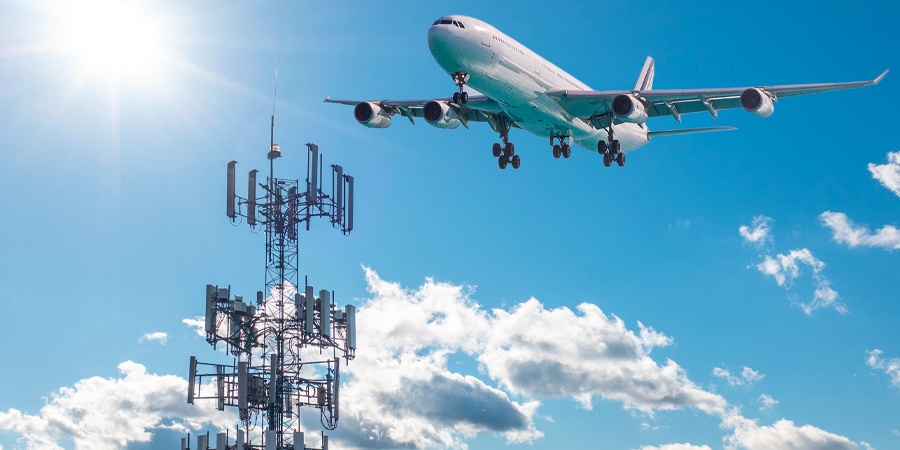 The Federal Aviation Administration (FAA) is proposing a new Airworthiness Directive (AD) that will prohibit all transport and commuter category airplanes to operate unless they have radio altimeter-tolerant airplanes.

On or before February 1, 2024, airlines must modify each airplane to be radio-altimeter tolerant to remain secure in the presence of 5G C-Band interference.

The FAA has determined that radio altimeter-tolerant airplanes will not experience the unsafe condition at any airport identified by the FAA as a 5G C-Band mitigated airport (5G CMA), an airport at which the telcos have agreed to voluntarily limit their 5G deployment.

If adopted as proposed, this AD would affect nearly 8,000 airplanes in the US registry, for a total cost of compliance of up to US$26 million.

It is worth noting that the FAA, AT&T, and Verizon have collaborated extensively to ensure 5G C-Band radio frequency transmissions and aircraft operations can safely co-exist.

In turn, AT&T and Verizon coordinated their deployment around 5G CMAs. This includes reducing emission power around airports and committing to antenna pointing angles in the vertical plane to limit the potential for interference within the tailored runway safety zones.

The effects are anticipated to occur more frequently as telcos continue to deploy 5G C-Band services throughout the country. Approximately 21 companies — including AT&T and Verizon — will begin transmitting in the C-Band at some point after June 2023.

Given that 5G C-Band signals are not expected to be temporary anymore, Notice to Air Missions (NOTAMs) will be issued to state the specific airports where the radio altimeter is unreliable due to the presence of 5G C-Band wireless broadband interference.

In this way, the proposed AD would maintain the same level of safety afforded by these systems before the use of the C-Band by 5G broadband networks and minimize erroneous system messages and the unsafe condition they produce.