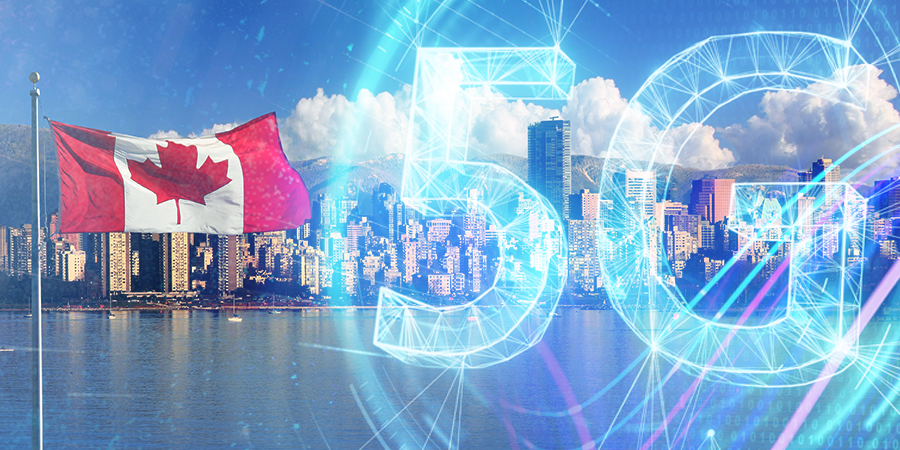 5G presents a huge potential impact in Canada, not only on the economy but also on driving the telecom sector forward, bridging the digital divide, and reducing carbon footprint.

The fifth generation of wireless networks — 5G — will allow Canadians to benefit from advanced telecommunications systems, technologies, and applications. As a growth outlook, by 2026, 5G is estimated to contribute $40 billion in GDP to Canada’s economy and create an additional 250,000 full-time jobs.

The telecom industry has a long tradition of looking to the future, with existing and new operators, vendors, integrators, and other innovators working hard to deliver the highest quality services. During a keynote address, Canadian Wireless Telecommunications Association (CWTA) CEO Robert Ghiz outlined how important it is to foster 5G in terms of investment, innovation, and network building, pushing the adoption of advanced digital technologies.

In retrospect, the telecom industry influenced up to 3.14% of the overall Canadian GDP in 2020. This economic contribution was driven by the telecom industry players’ sustained and significant capital investment amidst the pandemic outbreak — reaching $11 billion in both wireless and wireline connectivity.

The peak usage was even deemed to be higher. Hence, Ghiz highlighted, “To keep pace with the demand for wireless services and to support new experiences and use cases, a new generation of wireless standards was needed.”

Because of significant investments in digital infrastructure and years of research and development, Canada’s wireless service providers have been able to overcome the challenges of Canada’s vast territory with low population density.

“Our wireless network operators have invested over $83 billion in capital expenditures and spectrum fees to build what are regarded as some of the best wireless networks in the world,” Ghiz stated. These private sector investments are required to achieve the full benefits of 5G and beyond. Coupled with a fair and stable regulatory government environment, this would encourage the expansion and enhancement of Canada’s world-class digital networks.

Accenture estimated that the initial phase of 5G deployment in Canada will require $26 billion in capital investment by 2026. This includes the nearly $9 billion paid to utilize the 3500 MHz spectrum band for 5G services.

Additionally, the telecom industry remains on track to meet the CRTC’s target of 100% mobile coverage in homes, businesses, and on as many major transportation roads as possible by December 2026.

Some communities still do not have adequate access to an internet connection. To address this problem, 5G fixed wireless service can provide better, more reliable connectivity in rural hard-to-serve communities.

“This will allow for greater participation in the digital economy by individuals and businesses in these communities,” said Ghiz.

More investments in local broadband and regulatory acceptance of private efforts to connect communities are also important in Canada to effectively address the range of security, socio-economic, and other challenges created by its digital divide. In line with this, the goal of Canada’s Connectivity Strategy is to connect 98% of the country’s citizens to a minimum broadband service of 50/10 Mbps by 2026 and all Canadians by 2030.

Some of the efforts being done to achieve this goal include the Canada-Ontario broadband partnership worth more than $1.2 billion that will bring high-speed internet access to more than 280,000 households across the province; the increased funding allocated to Alberta ($780 million) that will connect all remaining underserved households in the province; and the Canada-Prince Edward Island partnership that will be investing up to $20 million in projects that will support the shared goal of connecting every underserved home within rural communities.

Interestingly, in 2017, Canada became the first country in the world to release a national AI strategy, while the federal 2021 budget earmarked up to $443.8 million over 10 years to advance research and innovation in the AI field. The more innovative AI tools are developed for Canadian business hubs, the more enterprises will demand 5G connectivity to enable the mass implementation of those AI solutions at scale. Shaping AI innovation further, Canada’s Digital Charter Implementation Act 2022 will ensure a safe, more inclusive, and secure digital economy for all Canadians, including new rules for the responsible development and use of AI.

“As consumer demand increases, we will need to densify networks which necessitate the use of more efficient network equipment. In this regard, it is estimated that over the next 10 years, 5G will support a thousand-fold traffic increase, while the full network’s energy consumption will be only half of the current levels,” Ghiz explained.

More importantly, 5G will enable other industries to reduce their carbon footprint through the adoption of advanced 5G-enabled technologies. A report commissioned by CWTA estimates that the use of mobile technologies, including 5G, across industries, has the potential to address up to 23% of Canada’s total 2030 emission reduction targets.

A rapid rollout of 5G is also projected to enable up to 10 million tonnes of C0² equivalent reduction from Canadian MNOs between 2020-2030. This massive reduction will mainly be the result of the greater efficiency of 5G networks, which is driven by improved data efficiency per unit of data transmitted.

Overall, the impact of 5G technology in Canada is critical to achieving sustainability goals and significant economic contributions. With this in mind, “the future is bright, and the future depends on connectivity,” concluded the CWTA CEO.