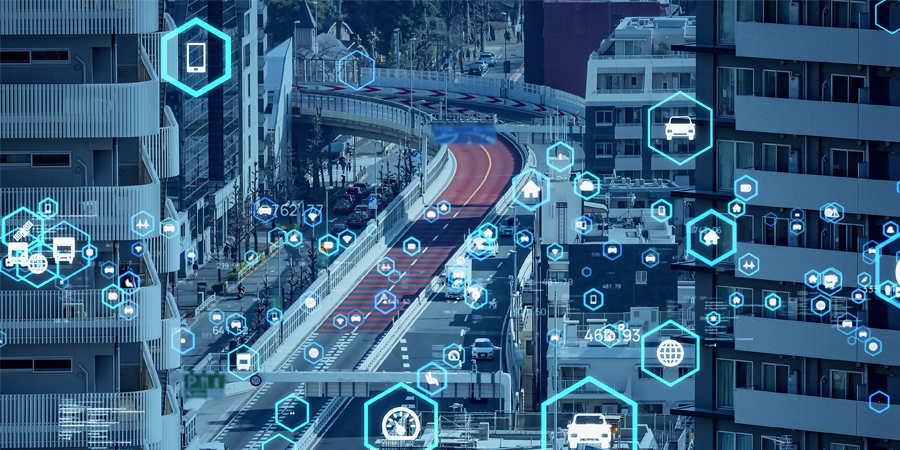 The pandemic highlights how internet access empowers citizens to work remotely, operate an online business, use e-government and telehealth services, and attend virtual events and classes. In a post-pandemic era, where mobility in all forms encompasses cities and rural areas, leaders and innovators need to bridge the digital divide with affordable, sustainable broadband solutions.

Mobility innovation in transportation, hybrid work set-up, artificial intelligence and robotics, as well as eSIM and smartphone reliance among others brings the 20th century to the forefront of critical broadband connectivity as a utility.

The quality and reliability of connectivity become necessary, especially for digital services providers, data-intensive consumers, and the rise of a wide array of connected things. Hence, broadband infrastructure is increasingly being viewed as a utility like gas, electricity, and water, and the development of metro broadband networks has led to a gradual upsurge in demand for fiber, one of the primary technology that will support current and emerging applications,

Broadband has truly become integral in our professional, personal, and social lives. While high-speed internet subscribers showed slight growth, Pew Research reveals that about a quarter of the population still does not have a broadband internet connection at home.

When we refer to broadband, we can consider three distinct but interrelated factors: the digital telecom infrastructure, whether wireless or wireline, that enable high-speed data exchanges; the actual use of broadband technologies, including data plan subscriptions and the digital skills; and the policy frameworks that govern physical infrastructure and support ubiquitous adoption.

Driving the pace of digital transformation, broadband is vital to the enterprise mobility of today.  This operates along with next-generation technologies, such as augmented reality, virtual reality, AI, cloud, and IoT.

High-performance broadband networks can provide the ability to transform operations with secure and reliable connectivity, benefiting remote-controlled machines, such as drones, cranes, and robot arms, to boost operational efficiency, especially in hard-to-reach areas.

Together, wireline and wireless broadband networks connect IoT devices and sensors that supply a massive amount of data. From a smart city perspective, extending coverage and optimizing broadband network performance is important to enable various advanced applications as well as reduce the digital divide between densely populated and remote areas.

The change in customer behavior and the increased data consumption during the COVID-19 outbreak emphasized the need for fast and reliable broadband connectivity. In the US, home internet subscribers on average get speeds of 1 Gbps via cable broadband networks. All the while, millions of miles of fiber-rich broadband networks have also been deployed over the last several decades. Having said that, new technologies like 5G, fixed wireless access, and satellite have dramatically improved the ability to transfer data at a much higher rate.

Commercial 5G is undeniably moving at a rapid pace in North America that by 2027, more than 400 million 5G subscriptions are anticipated in the region. Service providers have launched commercial 5G services, investing significantly in mobile broadband and fixed wireless access (FWA). More so, North America is the region with the highest FWA adoption, with 40% of all offerings based on the quality of service (QoS).

Delivering broadband to areas with limited fixed broadband infrastructure, FWA’s commercial viability is fast-evolving with 5G. A favorable cost and quality profile can make it a cheaper option for bringing broadband. As a result, FWA may play a key role in making the internet more widely accessible while offering telecom industry players new revenue, growth, and innovation prospects.

Economically wise, cable companies, which traditionally provide broadband connectivity, should be alert for increased competition from MNOs seeking to attract new customers and improve stickiness by bundling 5G FWA with mobile subscriptions. Alongside this, ITU predicts that the high value of fixed broadband can alleviate pandemic-induced economic disruption. This brings the urgency for countries to explore ways to expedite the rollout of fixed networks. Prices are also presented as key enablers for consumption. According to ITU’s 2021 study, a 1% drop in prices will boost adoption by more than 0.42%. This could indicate that pricing is becoming even more relevant in driving adoption, as broadband starts to reach a more price-sensitive population.

In addition, TELUS launched PureFibre X, Canada’s fastest Internet speed tier. With upload and download speeds of 2.5 Gbps, it gives access to the world’s fastest fiber Internet technology. $2 billion investment is also allotted to connect more than 90% of Calgary homes and businesses to its PureFibre network.

Considering that a fiber internet connection can be 10x faster than a standard cable connection, fiber optics are also becoming more popular. The latest FTTH deployments by Verizon Fios and AT&T Fiber are great use cases of much faster speeds over much longer distances.

On the other hand, fixed line and voice mobility remain a critical part of doing business around the world. Here, PCCW Global has a record of accomplishment for delivering the highest quality, cost-effective voice services, offering direct connections to over 300 international operators and carrying over 5 billion minutes a year.

In the long run, fiber and wireless combined are the future of broadband network connectivity.

Some of the government initiatives in North America that include broadband connectivity are the Infrastructure Investment and Jobs Act, Universal Broadband Fund, and the Emergency Connectivity Fund.

Signed into law by President Joe Biden in November 2021, the $1.2 trillion Infrastructure Investment and Jobs Act was hailed by the White House and advocates as a historic investment to improve internet access in America. The law empowers the FCC to monitor and correct practices of more well-off communities benefiting from fiber and other next-generation broadband infrastructure technologies. In parallel, it also helps align private investment incentives with public benefits by creating a permanent broadband subsidy for low-income households — the Affordable Connectivity Fund. $65 billion out of the total budget spending is intended to expand broadband in rural areas and low-income communities.

The Universal Broadband Fund (UBF) of Innovation, Science, and Economic Development Canada (ISED) is worth $2.75 billion and is focused on supporting high-speed internet projects across the country as well as bringing speeds of 50/10 Mbps) to rural and remote communities. To date, UBF has committed up to $186.5 million to improve roughly 29,050 households’ broadband internet access. TELUS, Rogers Communications, Bell Canada, and Cogeco Connexion, are among the grantees.

The $7.17 billion Emergency Connectivity Fund (ECF) is among the FCC’s latest efforts to connect Americans, letting schools and libraries apply for financial support in purchasing laptops and tablets, Wi-Fi hotspots, modems, routers, and broadband connections. Congress authorized ECF as part of the American Rescue Plan Act of 2021 and to date, FCC has committed more than $3.8 billion to support more than 9,000 schools, 760 libraries, and over 4.4 million broadband connections.