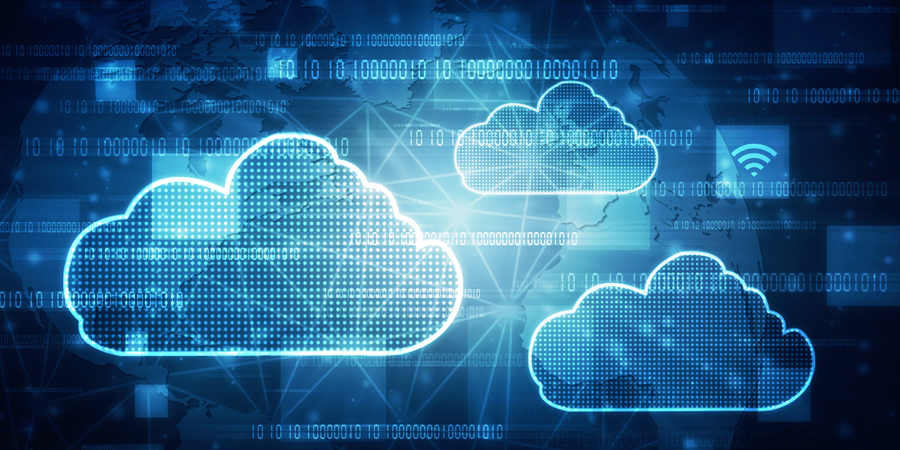 The future of cloud is hybrid and very dynamic. With cloud-native being in the spotlight in today’s fast-paced digitalization, open-source software is now underpinning major clouds. Over the years, the rise of cloud technologies and the proliferation of open source have been done both in parallel and together.

According to an IBM Institute for Business Value study, a typical enterprise uses nearly eight clouds from multiple vendors, proving cloud technology’s prevalence. For the rapidly-evolving ecosystem of cloud providers, open-source tools and platforms are a natural fit due to their flexibility, cost, and transparency.

Open-source tools open the door for tailoring business needs. In fact, there’s a number of building blocks for the cloud but one of the best known is the container orchestration system Kubernetes. Nearly 90% rated it as “important” to cloud-native application strategies as per Red Hat’s 2021 State of Enterprise Open Source report.

To define, Kubernetes lets IT teams cut through the complexity of managing containers. Yet, the driving force behind Kubernetes is the active, engaged, and fast-moving open-source community behind the project. The same goes for other cloud-native technologies: their power relies on collaboration, feature selection, application direction, and community.

Numerous industries worldwide have adopted open-source software, letting its popularity grow. For instance, Linux now runs the majority of the world’s server workloads, as well while in terms of delivery automation (DevOps), open source has led the way with Git and Ansible.

From DevOps and beyond, adopting an open-source strategy is critical to ensure business innovation and technical edge. With the pace at which technology is evolving, businesses including telcos must adopt a solution that can keep pace with that change.

Open source is further emerging in telecom as networks are being reinvented. Following the implementation of network function virtualization (NFV) and software-defined networking (SDN) which enable scalability, flexibility, and innovation, the use of open-source software code further complements this new network design.

Digital transformation is an ongoing phenomenon in the telco industry as operators reshape themselves (their networks and teams) to drive down costs, introduce new digital channels, and deploy new technologies. The next wave of change driven by cloud operational models and automation are more fundamental in nature.

With evolutions in open source and cloud, an improved, affordable, easy-to-maintain, and more resilient stack is made available. This approach can reduce up to 80% of CAPEX and increased IT velocity by up to ten times. To fully exploit the benefits of open source, it is important to have a digital transformation strategy where the telco needs to technologically renew the infrastructure or to replace old products.

To establish a new way to innovate, foster industry collaboration, and accelerate efficiency, the telecom industry has embarked on an open-source journey. To become an open-source telco, operators have begun acquiring considerable expertise and skills in software development; practicing open-source development habits and tools; and finally mixing and matching the components for building a viable solution.

Moreover, Linux has launched Anuket, a merge between OPNFV and CNTT, an open-source project set to accelerate infrastructure compliance, interoperability, and 5G deployments. Showing support on this, “Huawei expects the merging of CNTT and OPNFV into Anuket can further help align the understanding of NFV infrastructure and evolve the existing technologies to better adapt cloud-native and telecom needs,” said Uli Klener, chief standardization expert, Huawei. From Verizon’s standpoint, Beth Cohen, cloud technology strategist, said, “I am looking forward to being able to use Anuket conformance as a way to simplify and speed our vendor onboarding processes.”

According to a Red Hat report, as of 2021, 95% of telecoms use open-source code in some capacity. This confirms that the move to NFV and SDN is transforming the way CSPs work. They are slowly saying goodbye to building networks using hardware-based, proprietary network equipment. By virtualization, NFV and open common network cloud platforms are key enablers of 5G, cloud, and edge.

Other open-source innovators include Red Hat OpenShift which is a commercialized open-source product, derived from an open-source Kubernetes project, providing better security and extra features, designed specifically for enterprises. Taking this into consideration, open source can also be applied to support systems. Netcracker offers cloud-native, containerized solutions via the Red Hat OpenShift Container Platform. that Helping the digital world, Netcracker’s expertise in operations and business support systems (OSS and BSS) and orchestration software for service providers are transformed with open APIs.

Another example is T-Mobile which rebuilt its entire customer support application using Elastic — a robust open-source platform that lets you build self-managed and SaaS offerings for analytics, logging, search, and security.

“The telecommunications industry is built on standards. We’re probably the most standardized industry in the world. But prior to the last five years, it was always open source versus open standards,” said Arpit Joshipura, general manager, Networking + Edge/IoT, Linux Foundation. Hence, the harmonization of open source with standards has been pushed into the industry.

This is the reason why Linux works in alignment with standards-developing organizations (SDOs) such as 3GPP, ETSI, GSMA, and MEF. MEF has actually defined an open-source reference platform OpenLSO from its MEF Lifecycle Services Orchestration (LSO) reference architecture to address on-demand, inter-provider use cases, building upon MEF Ethernet connectivity services.

Another evident case study in North America is Bell Canada, which was the first to use ONAP’s first release, Amsterdam, into production in 2017. By using ONAP, this operator has automated a significant amount of manual network configuration, recovery, and provision. With an initial focus on its data center network infrastructure, Bell Canada’s first automation use case has been implemented using ONAP.

Leveraging the power of open source to accelerate software development, while collaborating and harmonizing with networking standards bodies, is key for next-generation telecom networks moving forward.