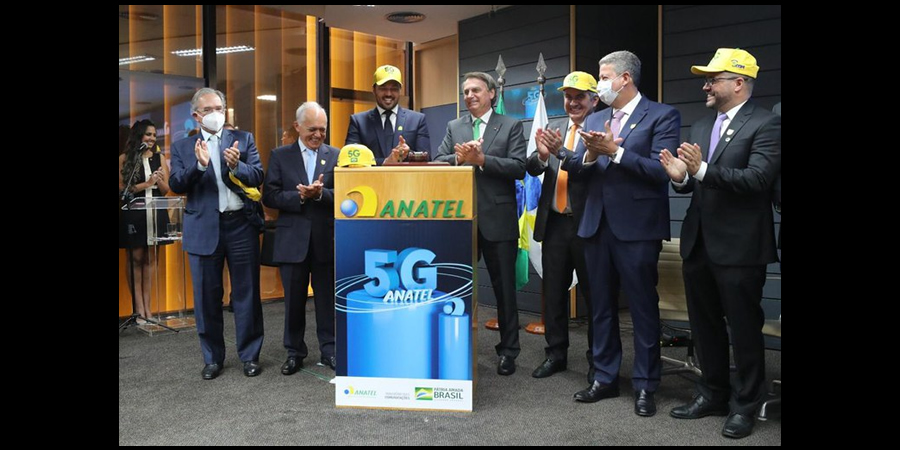 A two-day 5G auction known as the largest tender in the history of Brazilian telecommunications has been concluded. Aimed to build one of the world's biggest 5G data networks for Latin America's largest economy, Brazil raised R$47.2 billion ($8.5 billion) in investments and license fees.

"It surpassed all our expectations", expressed Minister of Communications Fábio Faria during a press conference held after the closing of the analysis and judgment of the proposals. Faria highlighted, "It took 15 months of intense work for us to actually bring 5G to Brazil.”

The auction received 15 proposals prepared by telecom operators and regional providers, authorizing the use of radio frequencies in the 700 MHz, 2.3 GHz, 3.5 GHz, and 26 GHz bands. “Today we deliver to Brazilian society an essential element for its future and present development: the expansion and improvement of conditions of digital connectivity from the completion of the 5G auction,” said Leonardo de Morais, president of Anatel, Brazil's national telecommunications agency.

The final result nearly reached the $9 billion forecasted investment of the government, making it the largest auction of telecom assets to date in Latin America. Of the available radio frequency bands, 85% were awarded offers totaling R$47.2 billion, with most spectrum rights won by local subsidiaries of Telecom Italia, Telefonica, and America Movil.

Speaking to the press, Faria said the auction was successful as the total economic value exceeded by R$5 billion the minimum price stipulated by the federal government. In line with this, the country now has six new telecom operators which should increase competition and benefit consumers.

On the other hand, the government will consider a new 5G auction to offer the unsold batches, particularly the 26 GHz spectrum that did not attract interest due to uncertainties in the business model.

Brazil, Latin America's biggest economy, will leverage 5G to accelerate the development of its industrial and agribusiness sectors and bring new business models, jobs, and income to millions of Brazilians, boosting GDP by around R$6.5 trillion over the next 20 years.

“There are almost 10,000 small towns that do not have internet and that will have internet. It is information that reaches the end of the line, these people integrating with Brazil and the world,” highlighted President Jair Bolsonaro.