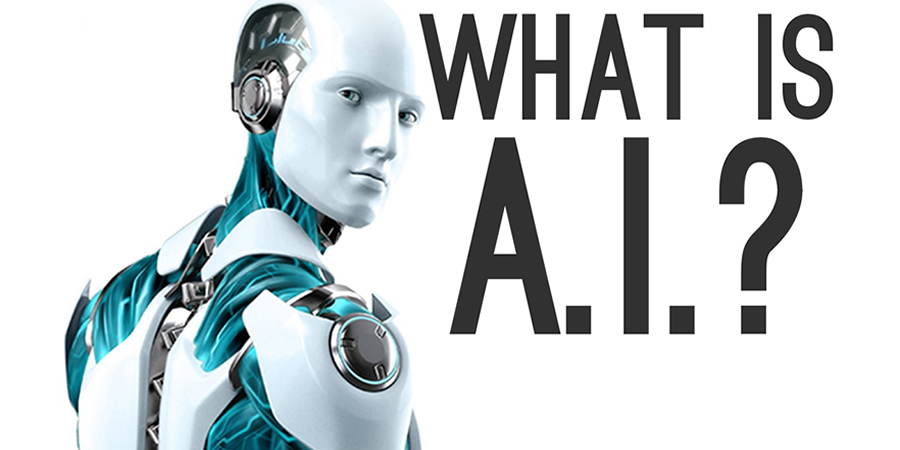 Artificial Intelligence (AI) is a broad branch of computer science that is focused on a machine’s capability to produce rational behavior from external inputs. The goal of AI is to create systems that can perform tasks that would otherwise require human intelligence. AI manifests itself in everyday life via virtual assistants, search prediction technology, and even ride-hailing services.

Gartner ran a survey of more than 3000 CIOs on the trends in digital business. Among the many findings, they reported that, when asked which technology CIOs expected to be most disruptive, the most mentioned by a large margin was Artificial Intelligence (taking the place of data and analytics, which moved down into second place.)

In fact, 37% percent of the leaders surveyed confirmed that they had either already deployed AI into their business or that deployment was in short-term planning.

With AI set and ready to become a crucial part of human daily life in the upcoming years, it’s important to understand what AI can actually do.

In fact, AI is a broad term covering several subsets or types of artificial intelligence. These subsets can be divided by the type of technology required – some require machine learning, big data or natural language processing (NLP), for instance. These subsets can also be differentiated by the level of intelligence imbedded into an AI machine – more commonly known as a robot.

If you pushed a shopping cart down a grocery aisle in the summer of 2013, you might’ve noticed a curious new snack: Watermelon Oreos. Perhaps you even reached for a package.

The limited-release flavor was not long for this world. But the data that was collected on who did and didn’t purchase it has led to some lasting insights. A team of researchers led by Kellogg marketing professor Eric Anderson discovered a segment of customers with highly unusual and highly unpopular tastes. If these customers purchase your new product, the researchers found, it is likely to fail.

This insight is as useful as it is unexpected. “The failure rate of new products is incredibly high. It’s hard to know, is a product going to succeed or is it going to fail?” says Anderson. Knowing that some purchases, which normally signal success, actually signal the opposite could be helpful for firms as they develop market-research strategies, or decide when to discontinue a product.

But insights like these require thinking broadly about your entire business, rather than focusing on a narrow silo. They then require collecting and analyzing a lot of data. And today, most companies simply are not up to these tasks.

“One of the big challenges for companies today is that you have processes for nearly everything. You have a process for … financial reporting, for managing a supply chain, for dealing with marketing. But if you go back and ask yourself, ‘Do we have a well-established process for doing AI and analytics in the company?’ The answer most places is no,” says Anderson.

Artificial intelligence is intelligence demonstrated by machines, unlike the natural intelligence displayed by humans and animals, which involves consciousness and emotionality. The distinction between the former and the latter categories is often revealed by the acronym chosen.

Instead, many companies develop an ad hoc approach to using artificial intelligence and analytics to solve individual problems—which limits the impact, making it unlikely that these tools will ever transform the company’s culture, or be used to drive its most critical decisions.

During a recent The Insightful Leader Live event, Anderson gave advice for leaders who want to develop an analytics and AI process robust enough to make a real difference in their business.

The first step to success, he says, falls to leaders, who must develop a working knowledge of data science.

“This does not mean that you are a data scientist,” he clarifies. While leaders don’t need to build their own algorithms, they do need to sufficiently familiarize themselves with analytics and AI to be able to gauge whether the data is being collected and interpreted correctly, and to understand the business problems that these tools are best equipped to address.

“You would never be caught dead saying I don’t know anything about finance, but I’ve got this really smart CFO that knows everything about finance,” says Anderson. The same should also be true of data science. “You can’t make the right investment decisions until you know a little more about the science.”

Data-savvy leaders also need to know enough to, well, actually lead their data science teams, and elicit the information they need from those teams to make smart decisions.

“Do you have the resources to succeed here? Tell me more about how this is going to lead to an impact in my organization. Tell me how this AI and analytics you’re proposing is deeply connected to my strategic priorities and is going to deliver on those priorities,” says Anderson. “You have to have the confidence to ask those probing questions.”

Along these lines, Anderson explains that it is critical for business leaders and data scientists to learn to talk to one another.

Data scientists are often trained using clean, simplified data, or by working on proof-of-concept projects. But real-world projects are far more complex, involving lots of people, processes, and of course meetings and discussions. “So data scientists need to become much better at communication with non-technical experts to overcome some of these hurdles,” says Anderson.

For their part, business leaders need to make sure that these discussions with their data scientists occur using a common language and framework so that everyone is clear about goals and expectations.

“In almost every big company we work with, there are pockets” of analytics success, says Anderson. “Don’t mess up what’s working.”

Instead, he suggests building on that success, and allowing that team to stretch itself to solve specific problems in other parts of the organization. Then, expand the team with those specific problems in mind. If you care about, say, predicting how a product will fare based on who purchases it, you’ll want to bring in a computer scientist who is an expert in predictive analytics. If you care about influencing customers’ behavior, on the other hand, you might bring in a social scientist who is trained in running A/B tests.

“If you start with problems, you can identify what your needs are and hire against them,” says Anderson.

Even smaller companies can follow a similar playbook. Thanks to the proliferation of online AI and analytics training, getting existing employees up to speed on these skills is a real possibility.

“If you want to get skilled up, it’s not impossible to do,” he says.