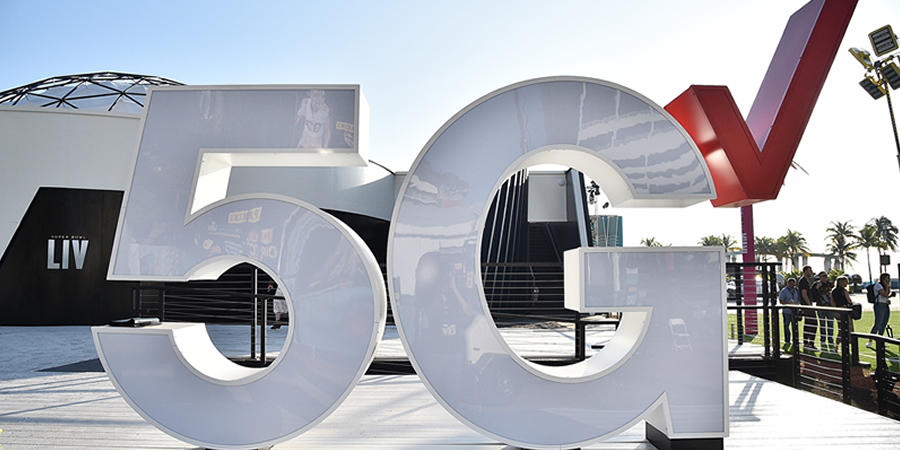 Verizon, AT&T and T-Mobile just spent $80 billion in an auction, and what it will mean for 5G

The three major U.S. wireless companies spent heavily at a recent wireless-spectrum auction that raked in a record $81.2 billion and is expected to dramatically reshape the telecommunications industry for years to come.

Verizon Communications Inc. VZ was the biggest bidder in the auction for “C-band spectrum,” a type of wireless spectrum that the biggest U.S. carriers expect will prove crucial in the rollout of 5G networks. Verizon spent $45.5 billion at the auction, while AT&T Inc. T spent $23.4 billion and T-Mobile US Inc. TMUS spent $9.3 billion. Others rounded out the auction with smaller bids of their own — U.S. Cellular Corp.’s USM $1.3 billion haul was the next largest total after T-Mobile’s.

The spectrum purchases will have a profound impact on the U.S. telecommunications market in more ways than one, as the carriers begin to deploy the spectrum to deliver the 5G speeds they have long promised and deal with the financial impacts of such costly bidding, which vastly surpassed initial expectations.

Through the recent C-band spectrum auction, the government allowed wireless providers and others to bid for the right to spectrum frequencies that they can use to build out their wireless networks. The companies bid on chunks of spectrum corresponding to different areas of the country and with various clearing dates, meaning that the spectrum will become available for use at different times over the coming years.

The auction was a “roaring success” for the government, wrote MoffettNathanson analyst Craig Moffett, as it “raised more money for the U.S. Treasury, by far, than any auction before it.”

What does it mean for 5G?

There are different frequencies of spectrum, and the C-band auction offered access to certain mid-band frequencies thought to be crucial for operators as they build out their 5G networks.

Verizon, AT&T, and T-Mobile have talked about their “nationwide” 5G networks, which rely mainly on low-band spectrum that travels greater distances but offers limited advantages in terms of speed. Carriers have also played up millimeter-wave spectrum, which enables fast speeds but doesn’t travel far, meaning that the use cases have been limited to small, dense places like stadiums.

Mid-band spectrum is the “just-right porridge,” TECHnalysis Research President Bob O’Donnell said, in a reference to “Goldilocks and the Three Bears.” While low-band spectrum could help the carriers expand into rural areas and millimeter-wave spectrum could help in places like airports, “it seems pretty clear now that mid-band is going to be the core part of 5G,” he said, since this type of spectrum offers the right mix of spectrum width and travel distance to enable better coverage in metropolitan areas.

In many other countries, carriers were able to launch their 5G networks with mid-band spectrum, O’Donnell explained, but in the U.S., many mid-band frequencies had been controlled by the government for military applications and other purposes, and a large portion of spectrum was only just released. Of the three major carriers, only T-Mobile had a substantial amount of mid-band spectrum prior to the auction, which the company obtained through its purchase of Sprint last year.

It will take some time before carriers can deploy what they obtained at the latest auction. Only 100MHz of the 280MHZ of spectrum that was up for purchase at the latest auction is expected to become available toward the end of this year, with Verizon winning 60% of that and AT&T taking the rest. Other blocks won’t be released for use until later. Carriers will also have to build out infrastructure at additional cost to support the new spectrum frequencies.

“I wouldn’t expect customers to start seeing benefits until we get into 2022,” Global 5G Analyst Jeff Seal noted.

What does it mean for the wireless carriers?

For Verizon and AT&T, the newly acquired spectrum is crucial because it will allow them to begin catching up with T-Mobile, which had a head start on its mid-band rollout thanks to the spectrum it had from the Sprint acquisition.

For all three carriers, the auction will carry a financial strain of varying degrees.

Verizon was the biggest spender at the auction, and while it had a stronger balance sheet than AT&T prior to the event, it will end up with more leverage than AT&T once the process is complete, Moffett said in a note to clients. The company will have a leverage ratio of 4.3 times earnings before interest, taxes, depreciation, and amortization (Ebitda), he calculated, assuming all-debt financing for the spectrum.

The company announced Wednesday afternoon, shortly after the FCC released the auction results, that it had entered into a $25 billion delayed draw term-loan credit agreement.

“They have thus far raised just $15 billion of their total $23.4 billion of spending,” Moffett wrote. “Perhaps they will issue convertible preferreds to bridge the gap… if not, they will be saddled with leverage of almost 4.1x Ebitda.”

Bernstein analyst Peter Supino noted that AT&T “may end up with the worst of both worlds” as “most of the spectrum they purchased will not help them competitively until 2024” while they will have to pay the price before that. The large price tag “is not going to calm anyone’s nerves” about the stability of AT&T’s dividend, though Supino deems it unlikely that AT&T will make a cut.

T-Mobile spent less than its rivals, but it was already substantially leveraged prior to the auction and could now emerge with leverage of 4.5x Ebitda, according to Moffett.

T-Mobile could be considered the overall “winner” at the auction, given that it didn’t have to fork over as much money as its peers, which now could have diminished financial capacity. However, Moffett wonders if the whole industry could end up as losers.

“How else can one frame the realization that an industry just had to answer a $94 billion capital call that won’t result in a single solitary additional dollar of revenue?” Moffett asked, with the $94 billion figure factoring in about $13 billion of expected moving costs for the spectrum.

He predicts that industry players will have to make tough choices about how to run their businesses given the hefty financial impacts of the latest spectrum purchases. “AT&T, in particular, will face enormous pressure to withdraw its hyper-aggressive promotional stance in order to produce enough free cash flow to sustain their dividend,” he wrote, while Verizon’s dividend may not be safe either.