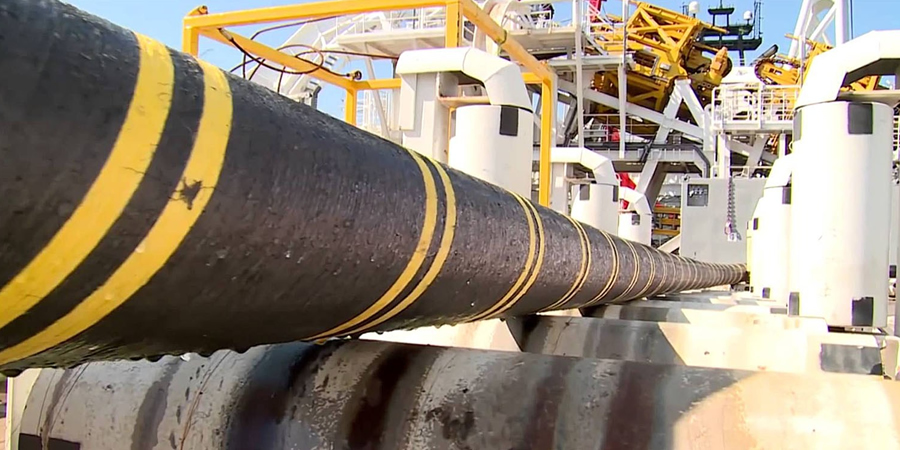 SubCom and Google announce that the deployment and testing of the Dunant submarine cable system has been completed and the system is ready for service.

Dunant is the first long-haul subsea cable to feature a 12 fiber pair space-division multiplexing (SDM) design, which will enable it to deliver record-breaking capacity of 250 terabits per second (Tbps) across the Atlantic Ocean. The second in a series of cable systems that Google has contracted with SubCom, Dunant was designed, manufactured and installed within its expected timeframe despite the myriad challenges presented by the global pandemic.

Dunant crosses the Atlantic Ocean between Virginia Beach in the U.S. and Saint-Hilaire-de-Riez on the French Atlantic coast. The system expands Google’s global network to add dedicated capacity, diversity and resilience, while enabling interconnection to other network infrastructure in the region.

To achieve a capacity of 250 Tbps, enough to transmit the entire digitized Library of Congress three times every second, SubCom is the first to market using SDM technology to increase cable capacity in a cost-effective manner with additional fiber pairs (twelve, rather than six or eight in past generations of subsea cables) and power-optimized repeater designs. While previous subsea cable technologies relied on a dedicated set of pump lasers to amplify each fiber pair, the SDM technology used in Dunant allows pump lasers and associated optical components to be shared among multiple fiber pairs. This ‘pump sharing’ technology enables more fibers within the cable while also providing higher system availability.

“Google is dedicated to meeting the exploding demand for cloud services and online content that continues unabated,” said Mark Sokol, senior director of Infrastructure, Google Cloud. “With record-breaking capacity and transmission speeds, Dunant will help users access content wherever they may be and supplement one of the busiest routes on the internet to support the growth of Google Cloud. Dunant is a remarkable achievement that would not have been possible without the dedication of both SubCom and Google’s employees, partners, and suppliers, who overcame multiple challenges this year to make this system a reality.”

The Dunant submarine cable system was first announced in 2018 and is named in honor of Swiss businessman and social activist Henry Dunant, the founder of the Red Cross and first recipient of the Nobel Peace Prize. The Dunant cable system honors his memory and commitment to humanitarian ideals.

“Our congratulations to Google on the completion of the Dunant submarine cable system,” said David Coughlan, CEO of SubCom. “It is a privilege to partner once again with Google to achieve a technology milestone that, not so long ago, was out of reach. Our companies not only delivered another well-provisioned, high-bandwidth, low-latency, and highly secure connection between the U.S. and Europe, but we did so during a global pandemic that required unprecedented levels of cooperation, flexibility, and dedication.”