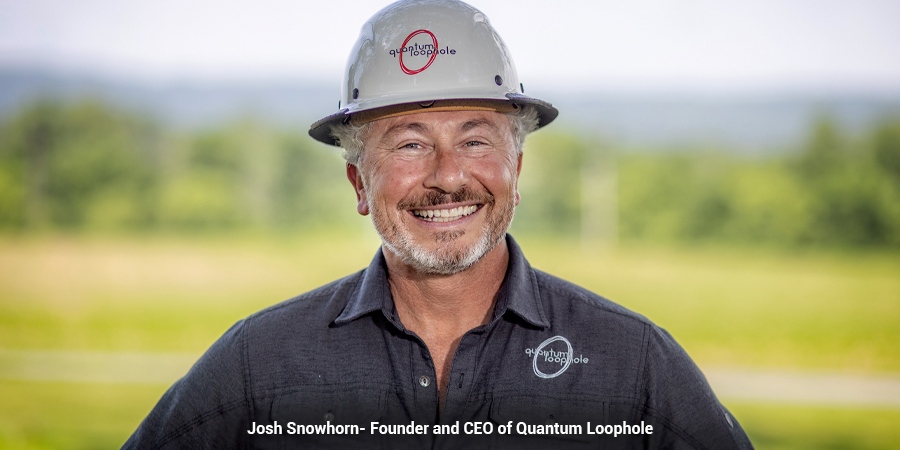 Telecom Review recently visited with Josh Snowhorn, Founder and CEO of Quantum Loophole, in order to give Telecom Review readers a complete insight into this one-of-a-kind data center development they are implementing in Frederick County, Maryland. This is situated just north of Loudoun County, Virginia and the Ashburn, Virginia Data Center corridor.

The Frederick County campus will come online early 2024.  Quantum Loophole is building out a plan to energize the entire campus with up to 1500 MW. That involves tying the property into the regional transmission network. The first two phases are currently underway and will bring 240 MW online in April of 2024 with an additional 340 MW planned for Q3 of 2025. As we all know power is the key for the operation of all data centers.

Recent economic incentives have strengthened Maryland’s positioning as an option to host spillover demand from Northern Virginia. In 2020 Maryland enacted new tax breaks for the data center industry, including exemptions from state sales and use tax for investments of $5 million or more. Frederick County recently amended its zoning ordinances, explicitly designating data centers as a permitted use in areas zoned light industrial or general industrial.

Data centers provide a stable source of tax revenue and jobs, while having a net positive impact on local services such as schools, roads and other infrastructure.

That fits with trends in data center leasing in which hyperscale customers – a group led by Meta, Amazon Web Services, Microsoft and Google – are racing to reserve space to ensure they have room to keep growing for 2 to 5 years.

"We are thoroughly inspired by Quantum Loophole’s vision of creating the first Gigawatt-generation data center development site in the United States, particularly with such an environmentally responsible approach," says STO Mission Critical Vice President, Terence Deneny. “We are thrilled to help them accomplish that goal and create best practices for their future master-planned, clean cloud communities.”

In May, Aligned Data Centers became the first publicly announced customer for Quantum Loophole, signing an agreement to acquire land, power, and water at the new campus.

“We have signed contracts with four different entities representing more than 240MW of phase 1 power on our Frederick campus,” said Josh. Quantum Loophole’s goal is to create a new geographic sub-market to support the massive cloud cluster in Northern Virginia, extending the market across the Potomac into Maryland. Adamstown is about 20 miles north of Ashburn, the key regional connectivity hub.

The power company for the Ashburn Virginia area recently had to sharply curtail the availability of power for new connections which affects quite a few data center projects. With plenty of power and plenty of fiber connectivity Quantum Loophole is poised to do well in its new service development.

In July, Dominion Energy began telling data center companies that power for some new facilities in Eastern Loudoun County Virginia will be delayed for years. The delays are due to bottlenecks in the utility’s transmission infrastructure, which has not kept pace with the dynamic data center growth in Northern Virginia. In the short term, Dominion says it has been analyzing its network and working with customers to identify strategies to continue to provide “incremental” capacity for new projects.

“We’ve definitely made progress,” said Aaron Ruby. media relations manager for Dominion Energy. “After completing a comprehensive analysis of our system and accelerating several near-term projects, we’ve been able to lift the temporary pause and resume new data center service connections on an incremental basis. We’ve met with each of the impacted customers to discuss our plans and how we will serve their individual facilities.” “(Dominion) figured out that they can provide a percentage of the requested power,” said Buddy Rizer, Executive Director, Loudoun County Department of Economic Development. “They are incredibly busy trying to figure it out. Before 2026, we have serious power delivery issues for a large majority of projects that were planning on and were in the pipeline.”

Dominion didn’t specify what percentage of the requested power will be available for new connections. Industry sources say that the utility has held discussions with up to 20 companies with expansion plans in the affected area, and has sought to make new connections available to as many companies as possible.

“While Dominion Energy and the data center industry continue to work to understand the impact of this new restriction, early projections indicate most of the current construction and planned data center development will receive a significantly reduced allocation of the anticipated power through January of 2026,” the report says.

In August, Dominion CEO Bob Blue said the company was “performing additional in-depth analysis substation by substation, engaging further with customers and other stakeholders on projects to pace new connections and ramp-up schedules; and reviewing a variety of technical alternatives to address areas of concentrated load.

Dominion is accelerating work on a 500kV transmission line in Southern Loudoun County, which is expected to be completed in 2026 and will relieve many of the transmission bottlenecks that are limiting new connections for data centers in Eastern Loudoun. Dominion’s Ruby said the company expects to file the official application next month for the project, which has been detailed in filings with the PJM Interconnection.

Rizer acknowledges that some providers and customers may adjust their short-term plans, but expresses confidence that Data Center Alley will continue to be a vibrant market for years to come.

The systemwide bend radius has been designed to accommodate 6912 fiber and adding capacity to the platform will be both fast and efficient.

Quantum Loophole Looks to the Future

Josh did let us know that they are already considering future sites in Chicago, and Northern California. Each of these locations has their own marketplace criteria but if they put the same planning detail into these as those in Maryland, we need to be ready for another data center campus success!