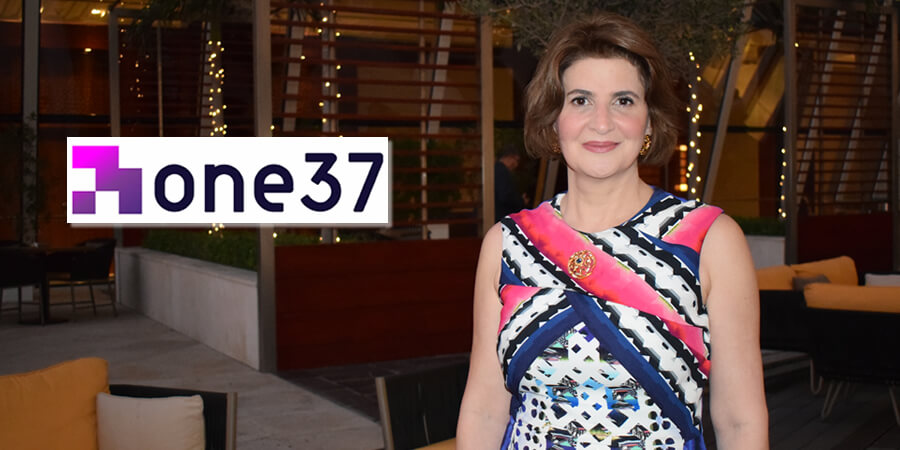 One37 ID enables businesses and consumers to seamlessly exchange reusable, trusted data for travel, telecom and financial services, among many use cases. In an exclusive interview, CEO and Founder Fadwa Mohanna shed light on the company’s innovative vision, the essence of Web3 and the motivation behind having women contribute to today’s digital economy.

Can you give us a brief overview of what Web3 is and how One37 ID excels at delivering the building blocks of Web3?

Web1 constitutes the inception of the internet. It allowed us to start accessing websites in a “Read-only” mode.  Web2 evolved into a “read-write” mode and gave rise to huge social networks. By contributing your content, you become part of the social network, leading to the huge success of Web2. However, Web2 disadvantages include lack of data ownership and data control. In a Web2 environment, the companies, you interact with, own your data, such as the case of Facebook, LinkedIn, and other social networks.

Web3 is promising to change this by giving users the power to own and control their data. Ideally, all your data and credentials will constantly be in your own digital wallet, under your control, and you can send the data to whomever you're interacting with, after giving your explicit consent. This represents the key difference between Web2 and Web3.

So how is One37 ID delivering the building blocks of Web3? We do it by providing the Web3 infrastructure on the user side and the business side.

More specifically, how can these elements affect telecom and ICT?

Telcos have some of the biggest data repositories. We, at One37 ID, help telcos in creating new business models that make it possible for users to keep control and ownership of their data, while telcos provide the infrastructure and the business models to exchange the data between users and service providers. The work we are doing with telcos is about creating a whole new digital economy that is based on acquiring, exchanging, re-using and monetizing digital credentials between users and service providers.

A simple example is the know-your-customer (KYC) process. If you want to open a bank account, both you and the bank, spend considerable time and cost to complete the KYC, but, it’s currently non-reusable. If you want to open another bank account, you must complete another KYC. In theory, nothing should prevent you from boarding a plane or accessing your lab results with the same KYC.

Thus, the next step for us is ensuring the reusability of those digital credentials; not only holding them but also reusing them in different verticals and in different use cases.

What we are doing today is making it possible for you to acquire digital credentials from trusted issuers, holding them in your digital wallet on your phone and reusing them endlessly with various service providers to avail their services, such as when opening another bank account, flying with an airline, or paying your taxes.

From your vantage point, what are the challenges in enabling businesses to be Web3-ready? How will this digital transformation trend grow over the coming years?

As is the case of any emerging technology, some challenges are expected. For Web3, there will be a major shift in the dynamics of data exchange between users and service providers requiring some behavioral changes.

Today, we are accustomed to having physical identity cards in our physical wallets and presenting them in the physical world. In the same way, under Web3, users are asked to hold their credentials in their digital wallets, installed on their phones, and presenting them to the service providers they’re interacting with. This requires some education and some effort to change the current dynamics of data control, ownership, and exchange.

What is the importance of having next-generation digital identity and credential verification? How does One37 ID deal with this growing demand?

I briefly touched upon how we moved from Web1 to Web2 and are now transitioning to Web3. The biggest gap comes from the fact that, when the internet was created, the identity layer was missing. Nobody cared who you were, as long as you logged with the right username/password. In the original internet protocol, the identity layer is simply non-existent.

Under Web2, the identity layer was still missing, but the big social companies, such as Google, Facebook, and LinkedIn, stepped in to solve this problem in their own way. Hence, social logins were introduced. Users have started using social credentials to login to another website. However, what you are doing here is giving them more access to your digital behavior and online interactions. This makes the tech companies advertisement engines much more powerful because they are more targeted.

Why is it important? Because this is at the heart of making the internet a safer and trusted place for all of us. We believe this should be a minimum right to sustain the growth of societies, in a safe and secure manner. In our discussion with many industry leaders, all our clients are aware of the need to provide much more safety, security, and privacy to their users.

Accordingly, our tools are now being tested with Proofs of Concepts (PoCs) and pilots within telcos, airlines, and banks, and other big players who are leading the innovation in terms of privacy, security, and data ownership.

As one of the top 100 Canadian Web3 companies, what are your goals and aspirations for 2023?

It’s exciting times for us. We are conducting multiple pilots and PoCs with the biggest players in Canada and the USA. These include telcos, airlines, banking institutions, covering some of the biggest verticals.

We are working with the biggest companies to implement digital wallets in their businesses. 2023 is the year where we would like to move from pilots and PoCs to fully working solutions. Moving forward, we will start seeing these digital wallets much more widely adopted.

As one of the notable female ICT leaders of today, how do you see women making more inroads into the industry and more significant contributions to developing the digital economy?

Being one of the women-led companies, we are hiring a lot of women at One37 ID. We have very strong DEI policies within the company for promoting diversity and inclusion. We put a priority in hiring women first because we believe that if you start representing the society’s reality internally, there will be much better outcomes on the enterprise level. You don't want to end up with products and technologies that are designed and produced from the point of view of one gender only.